STRATHCLYDE Partnership for Transport (SPT), which operates the Glasgow Subway, has awarded a £200m contract to a consortium of Stadler Bussnang and Ansaldo STS for the supply of 17 driverless trains and signalling. 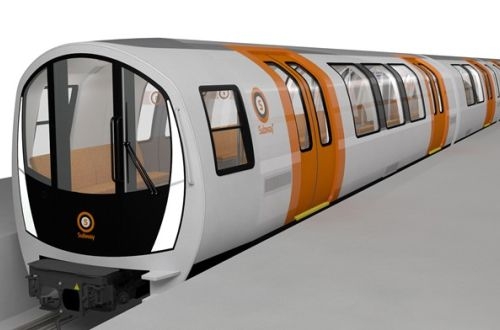 "This contract is a key part of our plan to modernise the Subway," says SPT's chief executive Mr Gordon Maclennan. "We are all aware of the proud rail history of the Subway as the third oldest in the world and our plans for modernisation will ensure that the Subway continues to be an essential component in the transport network of the future."

The 10.4km circular line has 1220mm-gauge track, a very restricted loading gauge and is electrified at 600V dc third rail. Although the trains will be built to the same dimensions as the existing trains they will have four cars instead of three, with open gangways between cars to maximise the space available and allow for wheelchair access. Wheelchair users will be able to access the Subway at St Enoch in the city centre and Govan at the new transport interchange which is currently under construction.

The Subway's signalling equipment, control systems and control centre will all be replaced by a new automated system, which will upgrade train operation from partially automated to fully automatic unattended operation. Stations will be fitted with half-height platform screen doors. The new trains are due to enter service in 2020.

"This project is a major milestone for Stadler," says Mr Peter Jenelten, executive vice-president, marketing & sales, with Stadler. "It is the first time that Stadler's rolling stock will be part of a driverless underground system."

The Scottish Government is providing up to £246m towards the cost of modernising the Subway.