HAMBURG senator for economics Mr Frank Horch announced on September 29 that the Department of Economics, Transport, and Innovation (BWVI) will launch an initial public consultation on plans for a significant expansion of the city's U-Bahn network, which is intended to meet growing demand for public transport and support the city's bid for the 2024 Summer Olympic Games. 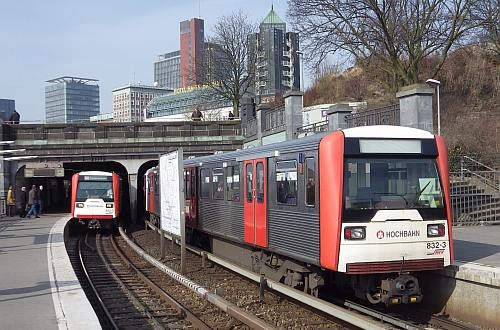 Hamburg's Senate wants to use €72m in federal regional development funding to finance the next stage of planning. In order to complete preliminary design, detailed design, and planning approval, BWVI estimates it will need €15m for the extension of Line U4 to Elbbrücken and Kleiner Grasbrook; €15m for the eastern extension of Line U4 to Horner Geest; and €40m for the first phase of a completely new line, Line U5, which will link Bramfeld in the east with City Nord.

A feasibility study for the initial phase of Line U5 is due to be completed in November and a study for the second phase from City Nord to Siemersplatz will begin next year. The planning approval process for phase 1 will begin in 2018 with the aim of starting construction in 2021 and commissioning the line in 2026 or 2027.

The implementation timeline for the expansion of Line U4 is dependent on the Olympic bid but BWVI suggests that construction could begin on the Line U4 extensions in 2019, with the line to Kleiner Glasbrook due to open in 2024 and the Horner Geest extension in 2024 or 2025.

Detailed estimates on construction costs for both of these projects will not be available until 2018.

Construction of a new €14.1m station at Oldenfelde on Line U1 is also expected to start in 2018.