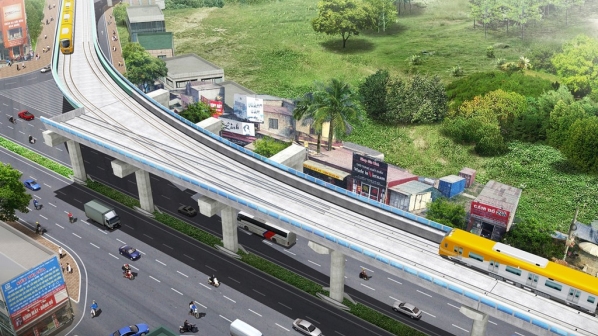 The project is yet to receive safety evaluation from the French consultancy Apave-Certifier-Tricc consortium before it can be taken over by the transport ministry.

Work on the elevated line started in 2011 and was originally scheduled for completion in 2013. However, construction was stalled for years as various issues including delays to the disbursement of a loan from China halted work.

VN Express reports that the original project cost of $US 553m has also ballooned to more than $US 868m, including $US 670m in loans from China.

Hanoi plans to build eight urban railway lines with a combined distance of 305km, including three monorail segments, as per its development plan for 2030 with a vision towards 2050.