THE first pair of new-generation metro cars for Miami’s Metrorail network was unveiled at Hitachi Rail USA’s plant in Medley, Florida by the mayor of Miami-Dade County Mr Carlos Giménez on October 24. 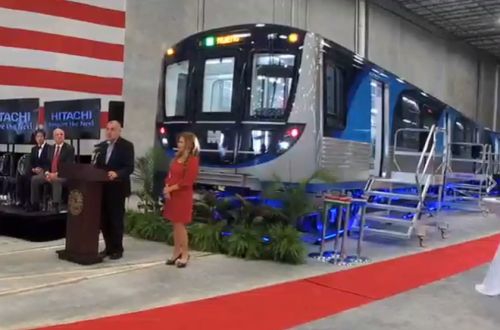 Miami-Dade County Commission awarded AnsaldoBreda a $US 313m contract in November 2012 to supply 136 metro cars to replace the existing fleet of Budd cars, which were built in 1983.

All of the cars will be assembled at Hitachi’s 13,000m2 plant at Medley, which was inaugurated in March. The first vehicles will enter service at the end of 2017 and production is due to be completed in the first half of 2019.