THE Management Authority for Urban Railways (Maur) in Ho Chi Minh City has awarded a contract to the Shimizu Maeda Joint Operation, Japan, to construct a section of the city's first metro line. 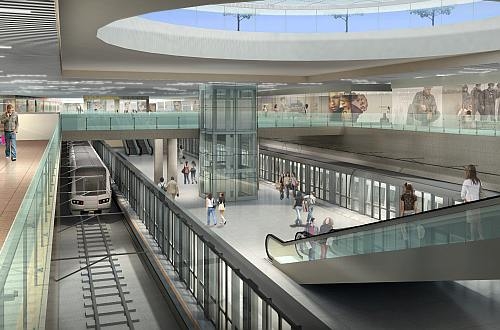 The Yen 23.7bn ($US 232m) contract is for Package 1B of a 2.6km underground section of Line 1 between Ben Thanh Market and Ba Son Shipyard. Package 1B comprises the section from Opera House to Ba Son Shipyard, which is nearly 2km long and includes the construction of a four-level station to a depth of 40m at Opera House. Work is expected to start in August and will take 56 months to complete.

The design of Ben Thanh Market station is being revised but should be completed soon to allow the contract for Package 1A from there to Opera House to be awarded before the end of the year.

Construction of the17km elevated section between Ba Son and Suoi Tien is already underway following the award of a contract to the Sumitomo Cienco 6 joint venture in August 2012.

Test running on the entire 19.7km line is expected to start in 2019 with opening scheduled for 2020.