THE chief executive of Hong Kong Special Administrative Region Mr Leung Chun-ying attended a ceremony at Ocean Park station on December 19 to mark the inauguration of the South Island Line. 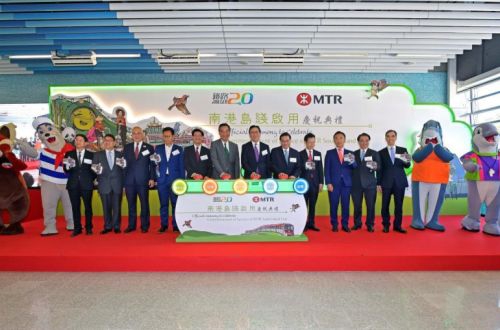 When it opens to passengers on December 28, the 7km line from Admiralty to South Horizons will extend the MTR network to the Southern District, the only one of Hong Kong’s 18 districts not currently served by rail.

The five-station line will enable passengers from the Southern District to reach the existing Tsuen Wan Line and Island Line at Admiralty. This station will also be served by the Shatin Central Link, which is due to open in 2020.

Services on the South Island Line will be operated by a fleet of 10 three-car driverless trains supplied by CRRC Changchun Railway Vehicles, China.