THE troubled project to convert the Schiedam – Hook of Holland Line from heavy rail to light metro and connect it to the Rotterdam metro network has run into additional problems which threaten to further delay completion. 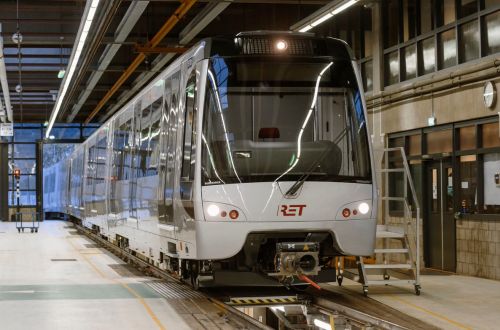 While the project is close to completion, repeated malfunctions have emerged in the line’s safety software. In one incident level crossing barriers failed to close before a train passed and problems have been reported in the transmission of speed codes to metro trains, causing the trains to slow down or stop.

The safety statement for the software has still not been granted by supplier Bombardier, which means that the deadline set for the end of last year has not been met. The Rotterdam councillor responsible for the project, Mr Adriaan Visser, said he still does not know when Bombardier will issue this safety statement, which must be completed before passenger operation can begin.

The line was originally scheduled to reopen in September 2017, becoming part of the Randstadrail network, but the completion date was pushed back to February 2018 soon after the start of construction due to the discovery of asbestos and polluted soil. In December 2017 it was confirmed that further constructional difficulties would delay the opening again, this time until the end of 2018.

In August 2018 it was confirmed that the opening would be delayed until May 2019 due to problems with signalling and safety systems. However, even this deadline now appears to be unachievable.

Each month of delay adds another €1.5m to the project’s final bill. The municipality of Rotterdam will incur an additional €35m in costs while regional public transport authority Metropoolregio Rotterdam-Den Haag (MRDH) and Rotterdam public transport operator RET will each will pay an extra €27.5m.