THE project to convert the Schiedam - Hook of Holland Line from heavy rail to light metro and connect it to the Rotterdam metro has been delayed for a second time and is not expected to be completed before the end of 2018. Moreover, the cost of the project has risen by €90m to €490m. 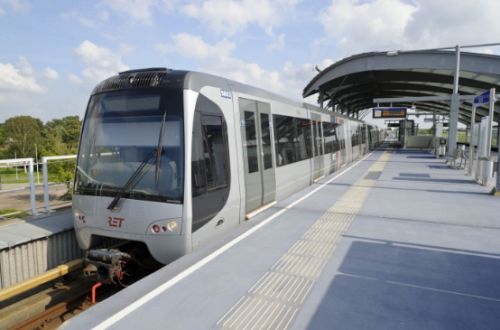 Following the problems, delays and cost increases, the director and one of the project leaders have been fired, and a new director has been appointed.
Soon after the work started in April 2017, it became clear that reopening the line as a light metro in September 2017 would not be feasible, due to the discovery of asbestos and polluted soil, and completion was delayed to February 2018.

The additional delays are due to continuing problems, such as dealing with old cables in the permanent way and the ground pollution. In addition, issues with the software for Bombardier’s signalling and safety system are more complex than first thought, while problems have been found with the movable bridges over the waterways at Maassluis and Vlaardingen.

A report by a consultancy company says that project management has not been good enough, especially for a project with a large number of parties involved, while documentation management has been poor, which has impacted requests for a permit authorise operation of the line.

According to Rotterdam The Hague Metropolitan Region (MRDH), which is financing the project on behalf of the city of Rotterdam city, civil works will be completed by the end of the year allowing integrations tests to commence, followed by system testing. Dynamic testing with metro trains should begin in March which, if successful, could lead to the line opening earlier.

In the meantime, rail passengers have had to use replacement bus services which have insufficient capacity to cope with demand. Season ticket holders will continue to receive a 50% rebate.