THE penultimate section of the Hyderabad automated metro Blue Line (Corridor 3) was opened on March 20, adding 10km to the existing 46km network. 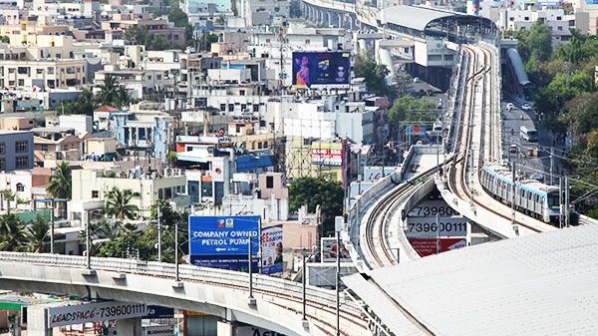 The opening of this section is expected to double the number of passengers across the network.

The line is initially being operated with the ‘twin single-line’ model on the 5km Jubilee Hills Checkpost - Hi-Tec City section, with each track capable of being used in either direction until the construction of the crossover track beyond Hi-Tec City.

Hyderabad Metro says construction of the reversing facility beyond Hi-Tec City is expected to be completed in “a couple of months,” although the work is difficult as it is wedged between a hotel and a flyover. Headway on the line has been reduced to 9-12 minutes, compared with six minutes on the rest of the network, until the work has been completed, while Jubilee Hills Checkpost, Peddamma Temple and Madhapur stations will be closed for the first few weeks to reduce pressure on the line. 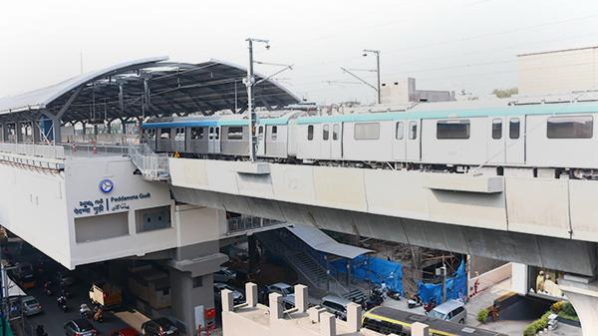 The first section of the Hyderabad network opened in December 2017, when India’s prime minister Mr Narendra Modi inaugurated the 13km section of the Red Line from Miyapur to Ameerpet and the 17km Ameerpet - Nagole stretch of the Blue Line.

L&T Metro Rail has subcontracted operation and maintenance of the network to Keolis for eight years from the opening of the first stage, with an option for a three-year extension. L&T Metro Rail also awarded Thales a Rs 7.4bn ($US 107.9m) contract to provide CBTC and integrated telecommunications and supervision systems on all three lines, and awarded Hyundai Rotem a Rs 18bn contract to supply a fleet of 57 three-car trains, each formed of two powered driving cars and an unpowered intermediate vehicle.