GREATER Vancouver Transportation Authority (Translink) announced on February 22 that it is bringing forward the acquisition of new trains for the SkyTrain automated metro network with the acquisition of 28 Hyundai Rotem cars for the Expo and Millennium lines. 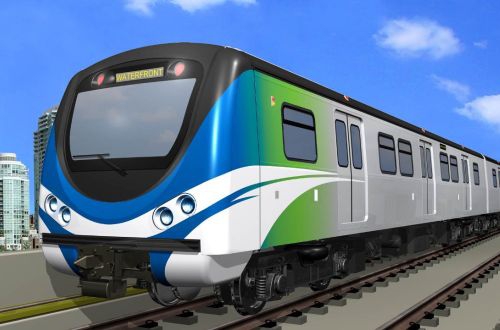 TransLink says the order will enable it to increase peak capacity and frequencies as passenger numbers continue to rise. In 2017 ridership grew by more than 12% on the Expo and Millennium Lines and 6% on the Canada Line.

The cars will be assembled at Hyundai Rotem’s plant in Changwon, Korea.

Under the first phase of the Mayors’ Council 10-Year Vision, a total of 80 new cars will be added to the SkyTrain fleet by 2020. The initial batch of 28 cars for the Expo and Millennium lines will be delivered in early 2019, with a further 28 cars due to arrive on these two lines by the end of 2019. The total investment in these vehicles will be around $C 210m ($US 166m).

The acquisition of new rolling stock is being funded through the Public Transit Infrastructure Fund (PTIF), which is being funded by the Canadian government (50%), the province of British Columbia (33%) and TransLink (17%).