HYUNDAI Rotem has been awarded a Won 542.4bn ($US 484.5m) contract to produce 80 driverless metro cars for Taoyuan, a city in the northwest of Taiwan. Earlier this year, the Korean company was awarded a Won 909.8bn contract with Taiwan Railways (TRA) for 520 EMUs - the company’s first order in Taiwan in 19 years. 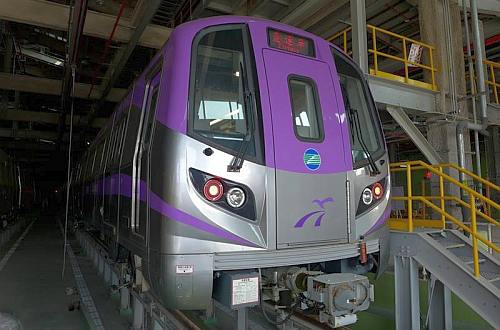 The trains will be used on the Green Line, which will connect with the newly-opened Airport MRT..

The trains will be used on the city’s upcoming Green Line which is expected to open in 2025. The light rapid transit line will run through the city and also connect with the Taoyuan Airport MRT, which opened last year. Rolling stock will be produced in South Korea at Hyundai Rotem’s manufacturing plant in Changwon.

The 80km/h driverless trains will operate on the line in two-car sets. To encourage passengers to give up seats for those who need them most, the trains will come installed with seats for pregnant women that light up when a key ring device is within range.

Like the EMUs for TRA, the metro trains will make use of Hyundai’s Train Control and Management System (TCMS), and will also use an energy efficient lighting system which automatically adjusts internal lighting according to the levels of natural light.