THE Indian government has approved plans by the state of Uttar Pradesh (UP) for new metro networks in Varanasi and Kanpur which should enable construction to start by the end of this year. The UP government allocated Rs 500m ($US 7.4m) to each city in its latest budget. 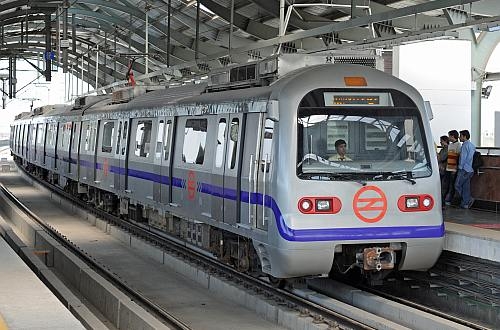 The first phase of the Varanasi metro comprising two lines totalling 57.5km is estimated to cost Rs 123.5bn. One line will run from BHEL via Benia Bagh to Banaras Hindu University.

This 19.35km line would comprise 15.5km underground with 13 stations and 3.85km elevated with four stations. This line is expected to carry 510,000 passengers a year in 2021. The second line, with forecast annual traffic of 18,000 passengers in 2021, will be around 10km long and will link Benia Bagh with Sarnath.

The Varanasi metro will be electrified at 750V dc third rail and will have ballastless track with 60kg/m rails. Three-car trains are planned with one depot serving both lines. The metro will be equipped communications-based train control (CBTC) to permit train operation at GoA3 level of automation or higher.

Phase 1 of the Kanpur metro will be 25km long of which 17km will be elevated and 8km underground. The line will run from IIT Kalyanpur - Rawatpur, via Phoolbagh, Kanpur Central Station, and the bus terminal to Naubasta. The line will be standard gauge and electrified at 25kV ac.