THE Indian government has applied for a loan from the European Investment Bank (EIB) towards the cost of the Reach 6 Project to build Line 4 of the Bangalore metro. 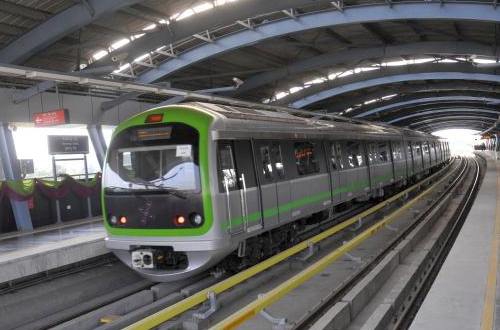 As a result Bangalore Metro Rail Corporation has published a general procurement notice to implement the project which is expected to be funded jointly by the EIB and the Asian Infrastructure Investment Bank, with contributions from the Indian and Karnataka state governments.

Line 4 is a major element of the second phase of the Bangalore metro which also includes the planned Line 3. Line 4 will be 23km long with 18 stations and will run from Gottigere south via MG Road on the existing Line 2 and Jayandeva Hospital on Line 3 to Nagawara.

The line will comprise 8.5km of elevated double track, while about 14.5km will be underground with around 0.5km of transition ramps. Six stations will be elevated and 12 underground. A depot and maintenance workshop will be built at Kothanur.

For more information of metro projects around the world subscribe to IRJ Pro.