The 19.4km MetroLink project will boost connectivity in Dublin. 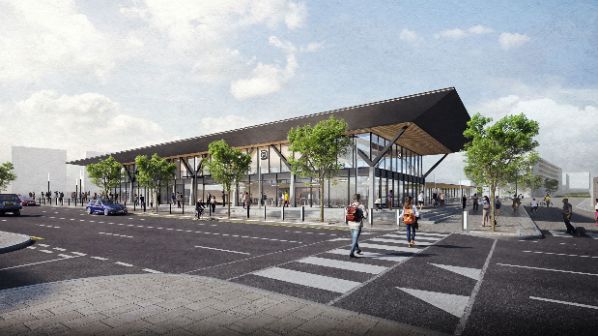 An artist's impression of the Glasnevin MetroLink station.

THE Irish cabinet has approved the preliminary business case for Dublin’s MetroLink project, a planned 19.4km automated metro that will run mostly underground from north of Swords in the north of the city via Dublin Airport to Charlemont, south of the city centre.

The line will have 16 stations and is expected to offer three-minute headways at peak times and will carry up to 20,000 passenger per hour, with the possibility of reducing headways to 90 seconds by 2060. The line is expected to open in the early 2030s and is projected to cost €9.5bn, the midpoint of a €7.16-12.25bn capital delivery cost range for the project.

Following cabinet approval, Transport Infrastructure Ireland (TII), which is responsible for project delivery, will submit a planning application for the MetroLink route to the An Bord Pleanála, Ireland’s national independent planning body, in September ahead of the procurement process commencing next year. Construction is expected to commence in 2025, depending on the outcome of the planning and procurement processes.

The Irish government will cover three-quarters of the cost of the project with a quarter financed through a public-private partnership. The government says a more precise cost will be known following the completion of planning and procurement.

A metro for Dublin has been in the works for more than two decades and Ireland’s transport minister, Mr Eamon Ryan, describes MetroLink as a transformative piece of public transport infrastructure with the government’s decision a significant milestone for the project. “Now this exciting transport megaproject starts to become a reality,” he says. “We are giving the green light to a transport system that will be integral to the city and the country’s sustainable development in this century, and into the next.”

The project is expected to deliver €13.7bn of benefits to the Irish economy over the next 60 years. And with more than 175,000 people and 250,000 jobs able to access the stations on foot, the line is anticipated to provide more than 1 billion carbon-neutral, fully electrified passenger journeys by 2050. It will also offer a direct rail connection to the airport for the first time and interchange with Dublin’s existing Dublin Area Rapid Transit (Dart) and Luas light rail networks, connecting more than 1 million people in the Dublin area and across Ireland.

“The project will improve the quality of the urban environment and people’s lives, as well as enable the development of more well-connected homes in and around our capital city,” Ryan says. “It will contribute to a shift from the private car to more sustainable travel, helping to decarbonise the transport sector in line with government policy.”