There groups have been shortlisted to build a 10km tunnel for Sydney metro. 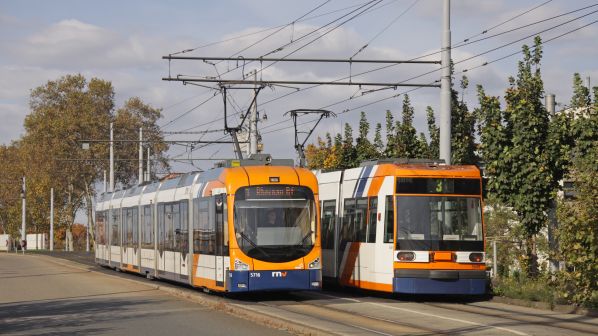 Mannheim: Construction of a 1.8km extension of the metre-gauge Rhine-Neckar-Transport (RNV) light rail system will begin in August. The €25m Line 16 will serve the Franklin redevelopment, a new housing complex expected to house 10,000 people.

The double-track line will have three stops, connecting with the existing Line 5 at Bensheimer Strasse. The line will have a turning loop at its terminus, and services will operate every 20-minutes once they begin in summer 2023.

Bangalore: Bengaluru Metro Rail Corporation Limited (BMRCL) has awarded Systra a contract to provide consultancy services for the new elevated Yellow Line. Systra will support BMRCL in choosing signalling suppliers to implement GoA4 operation along the 18.8km line, which began construction at the end of 2017. Systra will also review design documents to be submitted by contractors of various disciplines such as signalling, rolling stock, communication and power supply.

Siemens Mobility and Siemens India were awarded a contract in December 2020 to supply electronic interlockings and automated train protection, supervision, and telecommunications systems for the line.

Sydney: Three groups have been shortlisted to build 10km of dual-bore tunnels and related station excavation for a metro extension to western Sydney and the under-construction Western Sydney International Airport. They are France’s Bouygues Construction; a joint venture between John Holland and Gamuda; and Acciona.

When complete, the 23km line will have six stations, including two at Sydney Airport.

Luoyang: The central Chinese city opened its first metro line on March 28. The 25km east-west line has 19 stations, with construction beginning in June 2017. A second north-south line is currently under construction.

Toronto: Strabag, Austria, and the Aecon-led West End Connectors consortium have been named “first negotiations proponents” to design, build and finance tunnels for the Scarborough Subway Extension and the Eglinton Crosstown West Extension projects, which are expected to have a total combined value of around $US 3.5bn.

Infrastructure Ontario (IO) and transit operator Metrolinx will now work with each team to finalise their request for proposals with the aim of reaching financial close in the spring and breaking ground sometime next year.

Sydney: The Australian subsidiary of Besix has won a $US 168m contract to build Barangaroo Station in Sydney’s central business district. Besix Watpac will build the underground station’s platforms and handle the fit-out, including the entrance, surrounding roads, footpaths, lighting and street furniture. Construction is due to begin in October and to finish in 2023.

Moscow Metro also expects to receive 109 new low-floor LRVs in 2021, including 19 three-section and 90 single-section vehicles. The first four three-section Vityaz-M trams were delivered to Krasnopresnenskoe depot in February. The LRVs have 70 seats, 10 more than the previous model, and feature wider gangways, heated air curtains on the doors and more powerful and quiet air-conditioning systems.

London: Siemens Mobility has awarded Wabtec a $US 70m contract for the supply of various components for the new London Underground’s Piccadilly Line fleet. Wabtec will supply brakes, air conditioning and ventilation (HVAC), passenger information systems, and third-rail current collectors for 94 new trains as an initial order. The bogie brakes provide a weight savings of 250kg, reducing the train’s energy expenditure and a two-year extension of overhaul intervals helping increase availability and reduce maintenance costs. The sanding system will increase safety by improving traction and adhesion in London’s demanding environment.

Liepaja: The third-largest city in Latvia has introduced a new type NT 2300 low-floor LRV supplied by Končar Electric Vehicles, Croatia on its single 15.4km line. The first three-car LRV debuted on the Liepaja line in March after the month-long trials. The vehicle is 20.7m-long, 3.4m-high excluding the pantographs, and weighs 28 tonnes. The LRV has a maximum speed of 70km/h, but will operate at 50km/h due to safety reasons in urban areas.

Končar Electric Vehicles is delivering six low-floor LRVs under a deal signed in November 2018, with another six vehicles ordered in August.

For detailed data on transit project around the world, subscribe to IRJ Pro.