Systra will carry out the design of the Tours line, as well as supervise construction and testing. 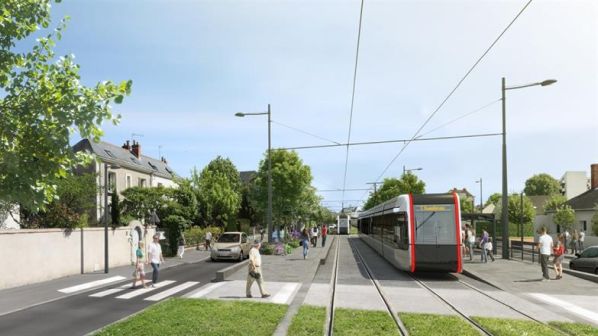 Tours: Systra has been selected as main contractor for the construction of the second light rail line in Tours, which is due to open at the end of 2025. Systra will carry out the design of the line, as well as supervise construction and testing. Line B will link La Riche to Chambray-lès-Tours along a west-south-east axis crossing the centre of Tours and serving the entire south-western quarter of the Tours metropolitan area.

Madrid: The Gran Vía underground station, which connects metro lines 1 and 5, reopened on July 15 following a €10.7m upgrade. The project was undertaken by Madrid Metro, the Directorate-General of Infrastructures and Adif. The station was used by 16 million passengers a year before it closed in August 2018, and is now expected to be used by close to 66,000 passengers a day. The refurbishment includes the expansion of the main lobby from 900m2 to 2000m2, the construction of a museum on the second level, and an underground connection to Renfe Cercanías Sol station. Four new lifts and 13 connected escalators have also been installed to improve accessibility, and 14 new digital ticket machines have been installed.

Stockholm: Stockholm Public Transport (SL) has announced that Transdev will begin operating services on the Roslagsbanan narrow-gauge commuter line from April 15 2022 under a 12-year, SKr 4bn ($US 462.6m) contract. The 65km line carried around 15 million passengers a year. Transdev will be paid a set fee to operate the service, with fess and penalties depending on the level of service provided, and will introduce 22 new X15p EMUs from Stadler during the contract.

Santiago: Tunnelling for the 5.2km Line 2 extension has been completed, with the 10th section near the future El Bosque station broken through at the start of June. The four-station section will improve transport connections for more than 600,000 residents in the districts of El Bosque, San Bernardo, and La Cisterna. The project is 71% complete, with the line due to open in 2023.

Moscow: PK Transport Systems has delivered 40 single-section low-floor LRVs to the Krasnopresnenskoye depot. The new-generation vehicles are adapted for passengers with limited mobility, and are equipped with air conditioning, USB and type-C chargers, and multimedia screens.

Singapore: The Land Transport Association (LTA) has awarded a joint venture of Gammon Construction and Engineering and Bachy Soletanche Singapore a contract for the design and construction of Ang Mo Kio station and tunnelling under the first phase of the Cross Island Line (CRL1). The $S 644m ($US 473.5m) contract will also cover addition and alteration works to the existing Ang Mo Kio station along the North-South Line (NSL), which will be an interchange between CRL and NSL.

Nantes: Knorr-Bremse and Alstom have extended a framework agreement to supply hydraulic brake systems for seven-car Citadis LRVs for another five years. Knorr-Bremse has been supplying braking and entrance systems for 69 Citadis LRVs since the fourth quarter of 2020, with 49 of the vehicles destined to operate in Nantes. The vehicles will be equipped with hydraulic braking systems, including car body components such as electro-hydraulic units and electronics, as well as bogie equipment including hydraulic callipers, brake discs and pads, magnetic track brakes and load sensors.

London: Transport for London (TfL) has awarded BAI Communications a 20-year concession to enable mobile coverage on the whole underground network. 4G coverage will be expanded in phases from the eastern half of the Jubilee line, where it is currently installed, to ticket halls, platforms and tunnels across the network over the next three years, with all stations and tunnels due to have mobile coverage by the end of 2024.

Porto: Littlepay has partnered with Visa, intermodal ticketing system Andante, Unicre, Card4B and Cybersource to launch a pilot project on Metro do Porto’s Violete Line (E) and STCP bus line 500 to launch Portugal’s first contactless transit ticketing system. The Tap-to-Pay system will allow passengers to pay for fares by tapping their contactless debit, credit, prepaid card, or payment-enabled device on payment readers. The system is expected to be rolled out across the metro network in the coming months, and to the STCP bus fleet by the end of 2022. Journeys will cost €2, with a 1h 15min cap per journey, and fares will be capped at €7 a day.

Moscow: CRCC has completed tunnelling for the eastern section of the third interchange loop for Moscow Metro, the first successful cut-through of a large-diameter tunnel by a Chinese company in Europe. The 2.677km tunnel was excavated using a 10.88m-high tunnel boring shield machine developed by CRCC.