A contract for the construction of two sections of metro line on the Asian side of Istanbul was signed in the presence of the city’s mayor Mr Kadir Topbaş at a ceremony in Saraçhane on May 5. 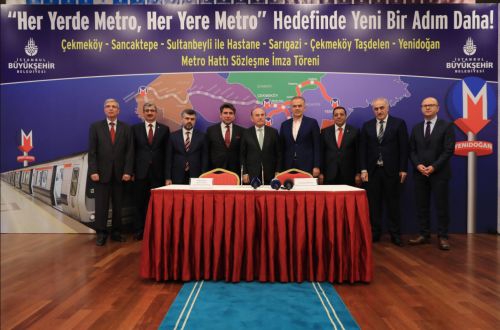