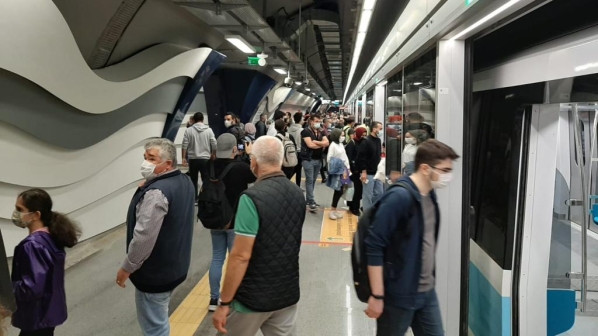 Line M7 is expected to have capacity for up to 700,000 passengers a day when fully operational, although this has been reduced to between 100,000 and 150,000 during the Covid-19 pandemic. Travel on the line will be free for the first 10 days.

The line has 15 stations and passes through six districts, with a catchment of three million residents. The stations and trains are designed to be 100% accessible for passengers with reduced mobility, with further improvements made following a test run with affected passengers.

The opening of the full line to Kabataş has been delayed due to archaeological findings along the route.

Services are provided with driverless trains supplied by Hyundai Rotem under a Won 156bn ($US 137.6m) contract awarded in 2017 for 30 four-car trains.

Metro Istanbul will operate 20 trains, which have an operating speed of 80km/h, on Line M7, while the other 10 are due to operate on Line M8 linking Dudullu with Bostanci when it opens next year.