ISTANBUL celebrated the opening of its first driverless metro line and the second metro line on the Asian side of the city on December 15, when president Mr Recep Erdoğan attended the inauguration Line M5. 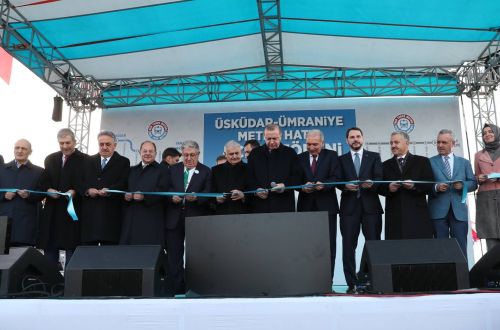 The initial 10.5km nine-station section of Line M5 connects Yamanevler with an interchange with the trans-Bosporus Marmaray link at Üsküdar.

A consortium of Mitsubishi Corporation and CAF has supplied 21 six-car trains for Line M5 under a €119m contract awarded in June 2014.

The 9.2km second phase from Yamanevler to Çekmekköy is due to open in mid-2018, adding a further seven stations to the network.