A ceremony was held at the headquarters of Mass Rapid Transit Jakarta on June 11 to mark the signing if the first three civil works contracts for the initial 15.2km phase of the city's metro network. 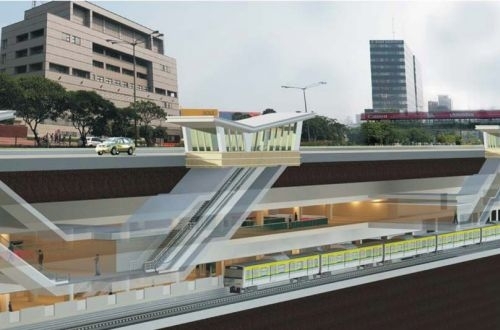 Two bidders have been selected to build the 9.2km underground section of the route. A consortium of Shimuzu, Obayashi, Wijaya Karya, and Jaya Construction will be responsible for two packages and a joint venture of Sumitomo Mitsui Construction and Hutama Karya won the third contract.

MRT Jakarta managing director Mr Dono Boestami confirmed during the event that Oriental Consultants, Japan, has been awarded a contract to provide construction management services for the project. He also said that tendering had been completed on the three civil works packages for the elevated section of the line, and the winning bidders will be announced soon. The two remaining contracts, which cover railway systems and rolling stock, are still being tendered.

The first phase is due to open in 2017 and will link to the Hotel Indonesia traffic circle with Lebak Bulus in southern Jakarta. The line will have six underground and seven elevated stations. Services will initially operate at five-minute headways and ridership is expected to reach 420,000 passengers per day after three years of operation.