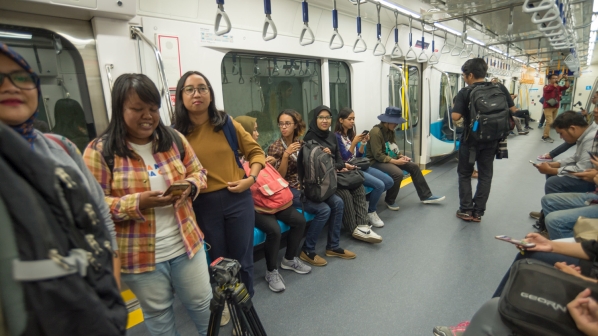 President director of MRT Jakarta, Mr William Sabandar, said that all 13 stations, of which six are underground, are now open to view by the public and around 240,000 people have registered to take part in the trials which will continue until March 23 ahead of the launch of commercial operations.

Construction on the 1067mm-gauge line, which is electrified at 1.5kV dc, began in October 2013 and the first of four TBMs began tunnelling a 5.7km twin-bore tunnel between Senayan and Hotel Indonesia in September 2015, with tunnelling completed in February 2017.

MRT Jakarta signed a Rupiah 145.5bn ($US 110m) contract with Nippon Sharyo and Sumitomo Corporation in March 2015 for 16 metro trains, with the first train delivered in April 2018. Two trains will be held in reserve, while 14 trains will operate from 05.00 to 00.00 each day. Services will initially run at five-minute headways with a journey time of 30 minutes between the terminus stations. A special train for women will also operate during peak times from 07.00 to 09.00 and from 17.00 to 19.00. 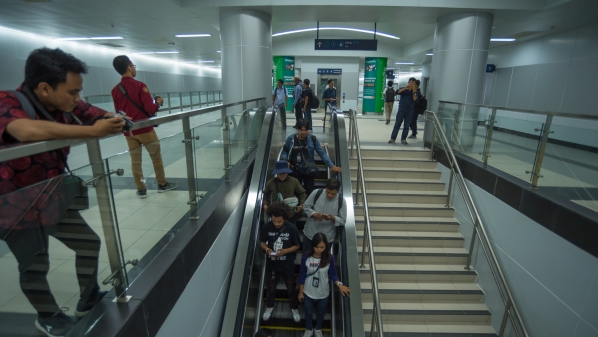 The TransJakarta bus rapid transit system has also been extended to provide better connections to the MRT.

The MRT is expected to encourage people to move away from private cars and on to public transport, to reduce congestion in the capital.

Indonesia’s Ministry of Finance signed the first installment of a Yen 70bn ($US 626.5m) loan from the Japan International Cooperation Agency (Jica) for the MRT phase 2 to Jakarta’s administration on February 13. The 13.5km second phase will run from Hotel Indonesia to Ancol Timur.

For detailed information on urban rail projects around the world, subscribe to IRJ Pro.