THE Japan International Cooperation Agency (Jica) signed loan agreements with the government of Indonesia on October 24 to provide official development assistance (ODA) loans of up to Yen 70bn ($US 623m) for phase two of the Jakarta Mass Rapid Transit (MRT) project. 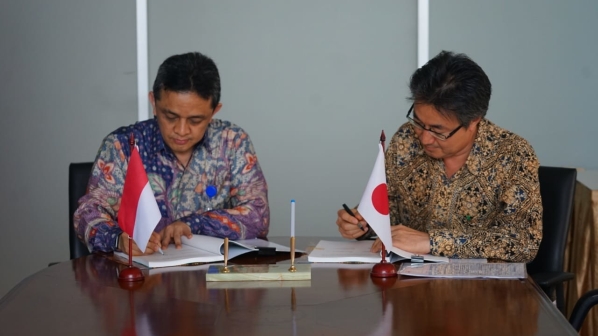 Jica’s special terms for economic partnership (STEP) will apply to the loan. Outstanding mud pressure shield technology from Japan will be used in the civil engineering, and Jica says both rolling stock and a signal system from Japan are also slated for use. Under STEP, the main contract is Japan tied while subcontracting is untied.

The agreement was signed by Indonesian Ministry of Finance’s director general of financing and risk management, Mr Luky Alfirman, and Jica Indonesia's chief representative, Mr Yamanaka Shinichi. The loan has annual interest of 0.1% with a repayment period of 40 years and a grace period of 12 years.

The 15.7km north-south Line 1 (phase one) from Hotel Indonesia Roundabout to Lebak Bulus is due to open in February 2019.

MRT Jakarta originally expected to break ground on the second phase, which will extend the line from Hotel Indonesia Roundabout to Kampung Bandan station in North Jakarta, in December. However, the loan agreement says the letters of invitation for consulting services will be issued in January 2019, while the tender for the first Civil Works Package is due to be released in February 2019.

MRT Jakarta says phase two is due to open in 2024.