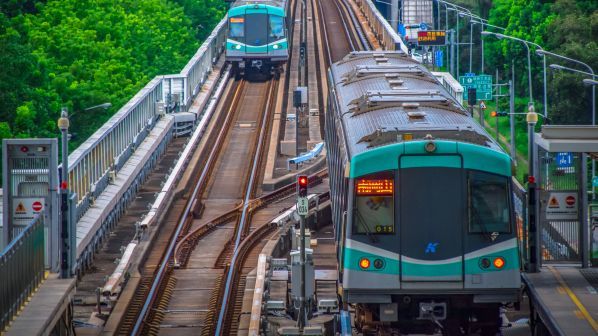 KAOHSIUNG City Mass Rapid Transit Bureau (KMRTB) has awarded $US 445m seven-year contract to a consortium consisting of Hyundai Rotem and ST Engineering Electronic to deliver a fleet of trains and an extension of the Red Line to the city’s airport.

The Kaohsiung Red Line will be extended north by 9.3km with six elevated stations. Hyundai Rotem will deliver the trains, electrical supply and catenary system for a Won 207.8 billion ($US 180m) share of the contract.

The 80km/h trains will be equipped with air-conditioning and a train control and monitoring system designed to automatically analyse vehicle status and failure information which will reduce maintenance costs and save energy. The new fleet will be compatible with the existing Siemens fleet.

There are plans to extend the Red Line by a further 3.78km including the construction of two stations. If this is approved, then more trains will be required.

Hyundai Rotem says it expects to gain more momentum in entering the Taiwanese rail market with this order and has confirmed its interest in the planned Yellow Line extension in Kaohsiung City. If approved that would extend the Red Line south.

For in-depth data on metro projects across the world, subscribe to IRJ Pro.