THE Russian city of Kazan added an eleventh station to its sole metro line on August 30 when the president of the republic of Tatarstan, Mr Rustam Minnikhanov, inaugurated the southern extension from Prospekt Pobedy to Dubravnaya. 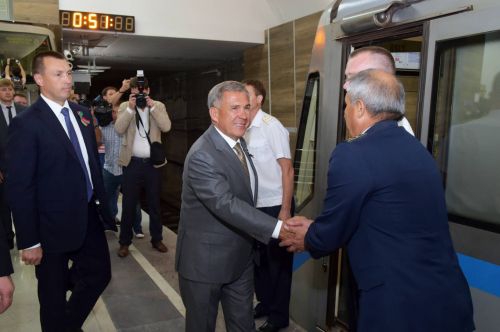 Construction began on the 1km underground extension in 2014, but the project has suffered repeated delays.

Preliminary works are now underway on a second line.