TRANSPORT for London (TfL) has selected Keolis Amey Docklands, a joint venture of Keolis (70%) and Amey (30%), to operate the Docklands Light Railway (DLR) automated metro network until April 2021 with an option for a two year extension. 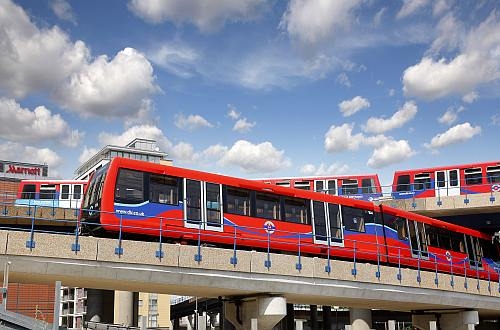 Keolis Amey Docklands will take over operation of the network from Serco Docklands on December 7 and TfL says the total value of the contract will be more than £700m over the duration of the franchise and extension period.

Other shortlisted bidders included Serco, Stagecoach Rail Projects, and a joint venture of Go-Ahead and Colas Rail which withdrew from the competition before it concluded.

The 38km network has 45 stations and a fleet of 149 trains. During the the 2013-14 financial year the DLR carried a record 101 million passengers with on-time performance regularly exceeding 99%. The system has been operated by Serco since 1997.

Traffic is expected to increase further from 2018 onwards with the opening of the east-west Crossrail link, which will interchange with the DLR at Canrary Wharf, Stratford, and Custom House.