WORK on the Phase 2 section of Kolkata’s East-West metro line, including a 500m underwater tunnel below the River Hooghly, has restarted following a five-year stoppage to the project. 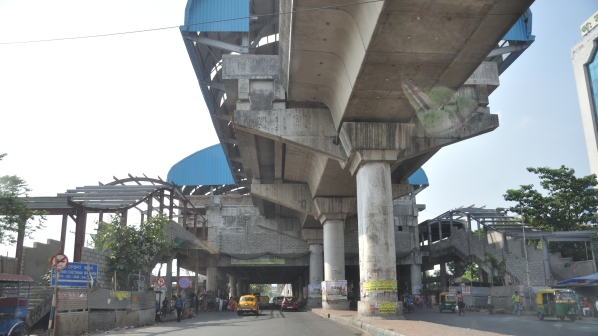 The Indian cabinet sanctioned a revised project cost of Rs 85.8bn ($US 1.15bn) earlier this month, ending an impasse between the government and the state government of West Bengal over escalating costs. The Japanese International Cooperation Agency (Jica), which is partially funding the project, had also been reluctant to agree to alignment changes proposed by the West Bengal government. Land acquisition issues and campaigning by environmental and heritage conservation activists also contributed to the delays.

Following the approval of the revised costs, Jica’s contribution will increase from Rs 22.5bn to Rs 41.6bn.

“Hurdles have been overcome,” says Mr Vishwanath Diwanji, managing director, civil, at Kolkata Metro Rail Corporation (KMRCL). “Alignment work on the 9.6km stretch of Phase 2 has almost been completed, with just 800m of single-track line remaining. We are confident of meeting the project completion deadline of December 2021.”

The line will run through the heart of the city, connecting two of the world’s busiest stations at Howrah and Sealdah, with KMRCL estimating it will carry 2.4 million passengers a day.

In 2010, current West Bengal chief minister, Ms Mamata Banerjee, who was national railways minister at the time, ordered the central government to entirely fund the line. This decision lead to complex and time-consuming administrative and financial readjustments.

When Banerjee was appointed West Bengal chief minister in 2011, she insisted on changing the alignment to include an interchange station at Esplanade instead of Central Station, requiring fresh soil and sample surveys. Two months before Phase 1 was inaugurated in October 2018, several buildings collapsed due to tunnelling activities in the heavily populated Bowbazar market area.