THE mayor of the Turkish city of Konya, Mr Ugor Ibrahim Altay, has announced the go-ahead for the construction of the city’s first metro line. 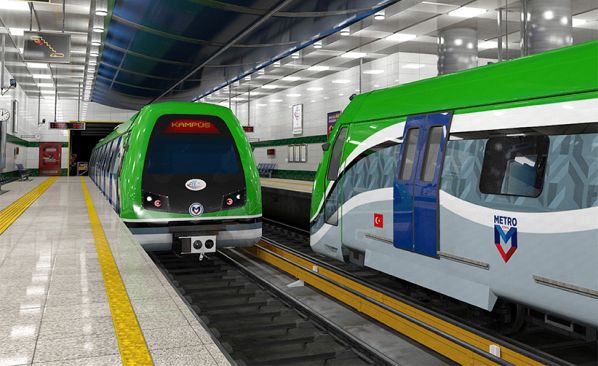 The Konya metro will be entirely underground.

The initial 21.1km underground line with 22 stations will run from Necmettin Erbakan University via Hastane, the new high-speed station, the existing main line station and Fatah Street to Meram Belediyesi. An end-to-end journey time of 35 minutes is envisaged with trains operating at headways of between 4 minutes and 2min 43s.

A consortium of China National Machinery (CMC) and Taşyapı, Turkey, will implement the €1.19bn project. The Ministry of Transport will be responsible for procuring the four-car trains at an estimated cost of Lire 1bn ($US 174m).

“We realised the signature of the biggest public investment in our city to date,” Altay says. “I hope this journey will begin as soon as the ground-breaking ceremony is held and will be completed within four years.”

A second underground east-west line is planned which would expand the metro to 45km.