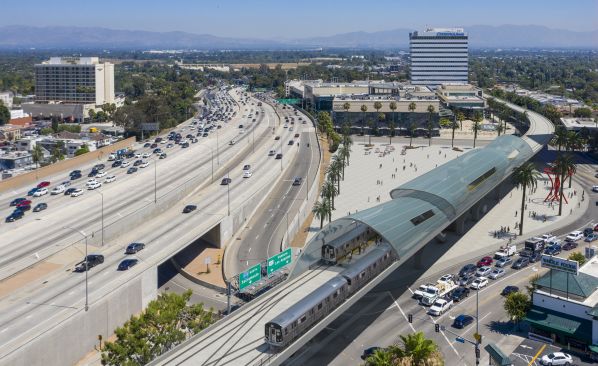 Sepulveda Transit Corridor Partners-Bechtel was awarded a $US 69.9m contract to develop its proposed heavy rail transit solution. More than 60% of the proposed line would be underground, with the remainder elevated. The line would cost $US 10.8bn and achieve a 20-minute journey between San Fernando Valley and Westside.

LA SkyRail Express won a $US 63.6m contract to develop its proposed monorail which would primarily be constructed within I-405 highway right-of-way. The monorail would be a lot cheaper to build with an estimated construction cost of $US 6.1bn but have a slightly longer journey time of 24 minutes.

Metro plans to begin the environmental review process this autumn. Concept designs for the two schemes and alternatives will be advanced and/or refined through public feedback, technical investigation and analysis.

Metro says it retains the right to continue through to final design with one of the two teams or pursue a different project if necessary.

“One of the private sector teams may have an opportunity, after the Locally Preferred Alternative is selected, to submit a proposal to build and potentially help finance the project, potentially accelerating construction and improving project performance,” says Metro.

The Sepulveda Transit Corridor Project will be partly funded by the Measure M transport sales tax approved by 71% of Los Angeles County voters in 2016. A total of $US 9.5bn in funding will come from Measure M and other local, state and federal sources.

“With the board’s action today, we have reached a significant milestone in our efforts to envision, design, and develop the United States’ first Pre-Development Agreement specifically for a public transit initiative,” says Metro CEO Mr Phillip Washington. “As we work diligently to create a world-class transportation system here in the Los Angeles region, we will also be creating a new market for infrastructure innovation that can potentially help us build the most challenging project Metro will ever tackle.”