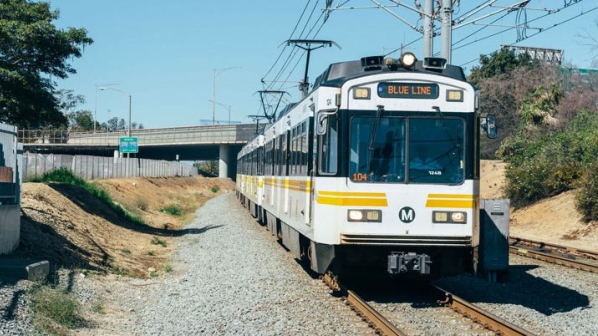 The board approved a $US 48.3m contract with HNTB Corporation, Terry A Hayes Associates and Aecom Technical Services to perform the environmental studies and advanced conceptual engineering for the Sepulveda Transit Corridor project, which will build a high-speed, high-capacity transit line connecting the San Fernando Valley, Westside and Los Angeles International Airport (LAX). Metro will begin the environmental review in 2021.

The project has also been identified as a candidate for possible delivery through a public-private partnership (PPP), and Metro has received strong private industry interest via a pre-development agreement (PDA) to build the project. The agency will select up to two PDA teams to help with project planning and design and propose transit solutions, and the PDA concepts will be refined and evaluated during the environmental review phase. Metro staff will the present a PDA recommendation to the board of directors in early 2021.

The project would be built in one of the most heavily used urban corridors in the country, and when finished will connect existing and planned Metro bus and rail lines, including the future East San Fernando Valley Light Rail Transit Project, G Line (Orange), the future Metro D Line (Purple) Extension and the Metro E Line (Expo).

According to Metro’s draft 2202 Long Range Transportation Plan, released in April, completion is planned on the first phase in 2033 and the entire project by 2057, although this might now be accelerated.

The board also approved advancing three possible routes for the $US 4.744bn Crenshaw Northern Extension (CNE) project as well as a $US 50.3m contract for environmental analysis, which is expected to begin later this year.

The three routes to be studied would follow busy travel corridors, serve major destinations and employment centres and intersect with five of the busiest bus routes in the region. The routes would follow parts of San Vicente Boulevard, Fairfax Avenue or La Brea Avenue.

The Crenshaw Northern Extension will extend the Crenshaw/LAX light rail line north to the D Line (Purple) metro line on Wilshire Boulevard and then continue to the B Line (Red) metro line in Hollywood. The Crenshaw/LAX Line is currently under construction and will run between the C Line (Green) and the E Line (Expo) when it opens in 2021. The Measure M spending plan approved by voters in 2016 provides about $US 2.2bn for the Crenshaw Northern Extension project, although early cost estimates show that projected costs could be significantly more due to the tunnelling expected to be needed.

Under the Measure M schedule, construction is slated to start in 2041 and begin service in 2047. Metro, in partnership with the city of West Hollywood and the city of Los Angeles, is advancing the planning work to potentially accelerate the project.

The board amended the Purple Line Extension Section 1 budget from $US 2.77bn to $US 2.97bn to cover differing site conditions and additional third-party and safety requirements. The board says unused project funds from the Expo Line project, which was completed in 2016, will be used to address these changes.

The board also approved a $US 5m ‘life of project’ budget for a High Desert Intercity Rail Corridor Service Development Plan to study high-speed rail between Antelope Valley and Victor Valley. The privately-built line would follow the path of the proposed High Desert Corridor and would connect to Xpress West’s proposed privately-funded high-speed line between Victor Valley and Las Vegas.

For detailed data on rail projects in North America, subscribe to IRJ Pro.