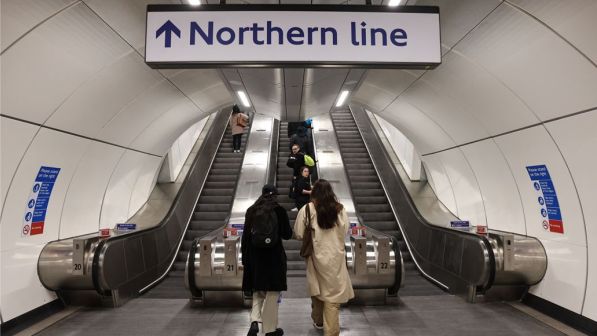 THE latest phase of the upgrade of London Underground’s (LU) Bank station in the financial heart of the capital has been completed with the opening of a new interchange route between the Northern Line and the Docklands Light Railway (DLR).

Three new escalators now take customers between the spacious new Northern Line concourse, opened by Mayor of London, Mr Sadiq Khan, in May, and the DLR concourse and platforms, shaving an estimated nine minutes off the journeys of passengers changing between the two lines.

Transport for London (TfL) estimates that this will benefit around 40% of passengers using the station.

Bank station will have a total of 27 escalators once all work is completed - the largest number on the LU network - and TfL says completion of the Bank upgrade will see increase station capacity by 40%.

“Anyone familiar with the previous layout at Bank station will know that it was confusing and constrained, leading to frequent congestion and long interchange times,” says TfL chief capital officer, Mr Stuart Harvey. “From today, the journeys of customers interchanging between the Northern Line and DLR will be hugely improved. The countdown continues for the completion of this complex upgrade which is on track to transform Bank station into a modern, flagship gateway to London’s financial centre.”