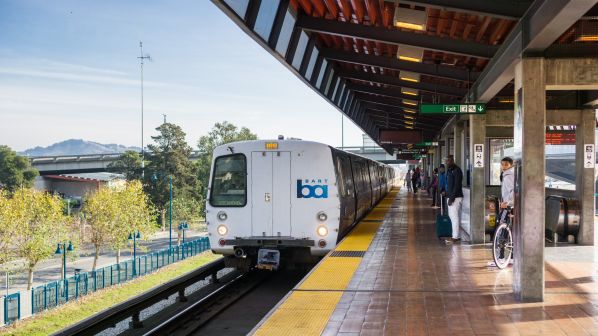 A major project within the programme is a new standard-gauge trans-bay rail crossing between Oakland and San Francisco for mainline trains, which “will increase capacity for the overcrowded Bart tunnel and will bring new passenger rail connections and services to the megaregion, including potential for a direct, one-seat ride between Sacramento and San Francisco.” The crossing is included in the regional Plan Bay Area 2050 Final Blueprint as “a key strategy for building a next-generation transit system.”

“As we continue to offer vital services to our passengers during these challenging times, we are also looking ahead to the future,” says Bart general manager, Mr Bob Powers said. “Link21 will connect passengers to the places they want to go throughout the Megaregion.”

According to Bart and the CCJPA, Link21 will:

“Link21 will help shape northern California’s rail system for future generations,” says Mr Rob Padgette, managing director of the Capitol Corridor. “For example, our most popular travel itinerary is between Sacramento and San Francisco, but that trip currently requires a transfer to either Bart at the Richmond station or to one of our connecting buses at the Emeryville Station. By providing a direct rail connection across the Bay that avoids the need for a transfer and traffic on I-80, this program will dramatically improve how our riders get to and from the San Francisco Bay Area.”

Link21 has been backed by voters who approved Bart’s Measure RR bond and Metropolitan Transportation Commission’s Regional Measure 3 at the November 2016 election. These funds and others will help support the development of the new trans-bay crossing.

The Link21 Programme will host a series of public meetings in 2021 to inform the public and gather feedback about possible programme alternatives.