Lot 2 runs from Santos to Cais do Sodré. 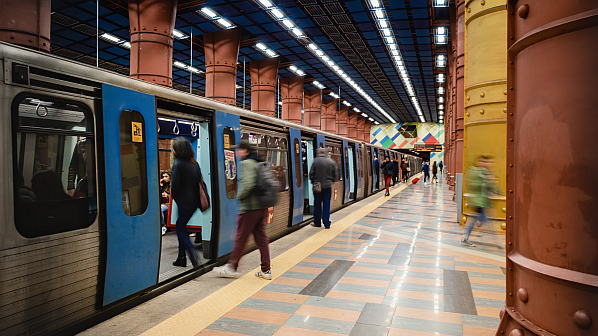 LISBON Metro has formally awarded a contract for the construction of Lot 2 of its Circular Line project, comprising tunnelling work between Santos and Cais do Sodré.

The €73.5m contact has been awarded to the Metro Santos Sodré joint venture of Mota Engil and Spie Batignolles International, with work due to completed within 960 days of formal contract award.

Under its Circular Line project, Lisbon is undertaking a total of 2km of new construction between Rato and Cais do Sodré, with two new intermediate stations at Estrela and Santos.

The new tunnels will connect the exiting Yellow and Green lines to provide a new circular service within the centre of Lisbon. Work has been divided into four lots.

Lot 1 of the Circular Line project covers the section from Rato to Santos, where tunnelling has now been completed between Rato and the site of the new station at Estrela.

Work on Lot 3 began in January 2022, and involves the construction of two new viaducts at Campo Grande to enable the station to be extended.

Four bids are currently being assessed for Lot 4, covering systems and finishes for lots 1 and 2.

The Circular Line is expected to open in the fourth quarter of 2024. It is forecast to attract an additional 9 million passengers to the Lisbon Metro network in its first year of operation, removing 3400 private car journeys from the roads a day and reducing CO2 emissions by 4100 tonnes.

Total cost of the Circular Line is €240.2m, of which €137.2m is being provided by the Portuguese government’s Environmental Fund and €103m by the EU Cohesion Fund.