LISBON Metro inaugurated a short but important extension to its Blue Line to Reboleira in the district of Amadora on April 13. The opening ceremony was attended by the Portuguese prime minister, Mr Antonio Costa. 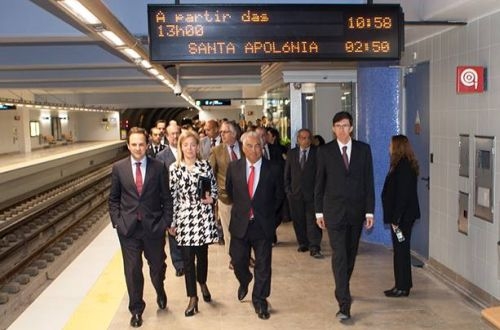 The 937m one-station section extends the Blue Line from Amadora East to Reboleira where it connects with Portuguese Trains' (CP) Sintra line suburban services. The new station serves the neighbourhoods of Falagueira/Venda Nova and Águas Livres which have a population of around 175,000.

Trains from Reboleria take 19 minutes to reach Marquês de Pombal and 24 minutes to Baixa-Chiado, two important destinations in the centre of the Portuguese capital.

The €60m project was co-financed by the European Cohesion Fund which provided €42.5m.