LISBON metro unveiled a project to create a circular line by the end of 2021 as part of its new Operational Development Plan, which was published on May 8. 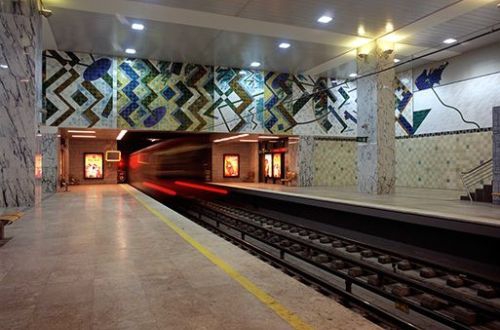 The €216m project involves constructing a link between the southern terminus of the Green Line at Cais do Sodré and Rato on the Yellow Line to form a metro ring in the city centre. Two new stations are planned at Estrela and Santos.

Construction is expected to begin in 2019. When the project is completed, six-car trains will operate on the circular line with peak headways of 3min 40.

In the meantime, work continues to adapt stations on the Green Line for six-car operation and improve accessibility.

In addition, Lisbon Metro is planning to acquire 33 new metro cars at a cost of around €50m as part of the Operational Development Plan.

A 2km two-station extension from São Sebastião to Amoreiras and Campo de Ourique is also proposed, although no decisions have been made on financing or the construction timetable for €186.7m project.