LONDON Underground (LU) launched 24 hour weekend operation on its Central and Victoria lines on August 19 when more than 50,000 passengers took advantage of the Night Tube service. 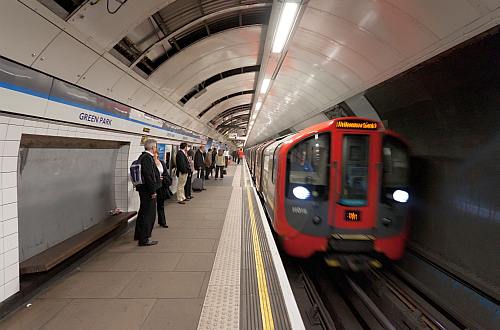 The Night Tube is expected to boost London’s economy by £77m a year, and will cut late-night journey times by an average of 20 minutes and in some cases more than an hour.

To meet the expected demand for these services, six additional trains will run per hour through central London on all Night Tube lines between 00:30 and 05:30.

Night services will operate on Friday and Saturday nights and the early hours of Saturday and Sunday mornings through the capital on the following lines:

• Northern Line: entire line except on the Mill Hill East and Bank branches

The Night Tube is expected to support 2000 permanent, over 500 of which have been created directly through the operation of the service.

The Mayor of London, Mr Sadiq Khan launched the new service when he travelled from Brixton on the first Victoria Line Night Tube on August 19. The city has invested an extra £3.4m towards policing for the Night Tube.

Oxford Circus was the busiest station with 6500 entries, while 4250 passengers disembarked at Stratford.