THE British government has approved a scheme to divert London Underground's Metropolitan Line to Watford Junction and the construction of new station at Woolwich as part of the Crossrail project. 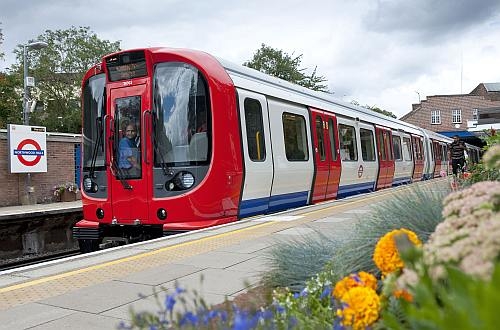 Work on the £118m Croxley rail link to divert the Metropolitan Line will start next year and is due to be completed in 2016. It involves constructing a 400m viaduct to connect the existing Watford branch of the Metropolitan Line with a section of disused railway which runs to Watford High Street where it joins the national network to reach Watford Junction. There will be two new stations on the rebuilt section at Ascot Road and Watford Road.

The existing Watford Metropolitan Line station will close when the new line opens. Trains will run at 10-minute intervals during peak periods and every 15 minutes off-peak. Watford Junction is a major railway interchange on the West Coast Main Line, being served by mainline and London Overground services. Bakerloo Line trains used to run to Watford Junction until 1982.

The new Crossrail station at Woolwich will be built following a funding agreement with Berkeley Homes, the London borough of Greenwich, and Transport for London which will contribute £54m to fit out the station. Berkeley Homes completed the construction of the station box in March, four months ahead of schedule. The station will open in 2018 at the same time as the rest of the line from Abbey Wood to Canary Wharf and central London.

The Croxley rail link is shown in red on the map.