LONDON Underground has invited Alstom, Bombardier, CAF, Hitachi and Siemens, which previously pre-qualified, to submit tenders to supply a fleet of 250 trains under its New Tube for London project. 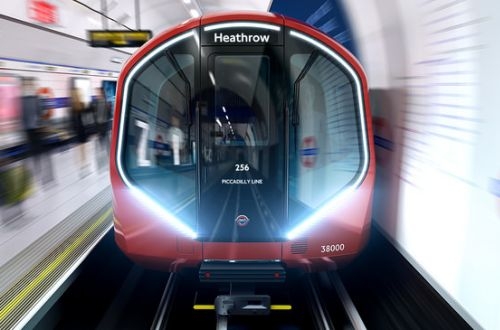 A concept design for the new trains was completed in 2014 by Transport for London and design specialist PriestmanGoode. The trains will be the first on the deep-level Tube lines, which have a very restricted loading-gauge, to have air cooling. They will have walk-though coaches and wider doors than existing trains.

London Underground wants bidders to submit their proposals this summer, and plans to award a contract in autumn 2017 so that the new trains can enter service in the early 2020s. The trains will be deployed on four lines: with 100 trains each for the Piccadilly and Central lines, 40 for the Bakerloo Line, and 10 for the Waterloo & City Line.