TRAINS on London Underground's Victoria Line are now running at 1min 49sec headways during peak periods to provide 33 trains per hour, which Transport for London (TfL) says is the most intensive train service in Britain. 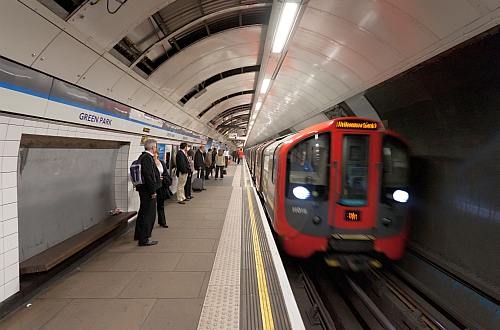 The higher frequency, which has increased capacity on the line 21%, has been made possible following the completion of a £1bn project to modernise the Victoria Line which included the installation by Invensys of Communications-Based Train Control (CBTC) with automatic train protection and automatic train operation, and a new fleet of 47 eight-car trains supplied by Bombardier.

TfL also says the reliability of the Victoria Line, which is used by around 200 million passengers a year, has improved during the last four years with delays cut by about one-third.

Further improvements to the Victoria Line are already underway with a £700m scheme to increase capacity at Victoria station. A new north ticket hall will open at the end of 2016, followed by completion of work to double the size of the existing south ticket hall in 2018.