London’s Elizabeth Line to open on May 24

The line will initially operate as three separate sections. 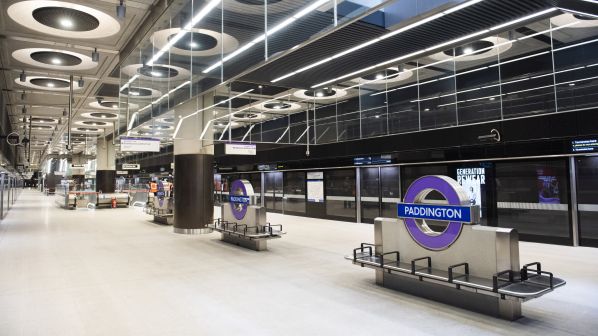 The new line will run from Paddington to Abbey Road.
Photo Credit: TfL

TRANSPORT for London (TfL) has confirmed the 21km central London section of the Elizabeth Line will open on May 24, subject to final safety approvals. The line, known during construction as Crossrail, will initially operate as three separate lines, with services already operating on the Reading/Heathrow - Paddington and Liverpool Street - Shenfield sections. These are due to be connected into a single network in the autumn.

Signage for the line is due to be uncovered over the coming weeks ahead of the launch, with an updated London Underground and rail map to be released showing how the new section connects with the rest of the TfL network.

Operations will initially comprise 12 trains per hour between Paddington and Abbey Wood from Monday to Saturday 06:30 to 23:00. Work will continue in engineering hours and on Sundays to allow a series of testing and software updates in preparation for more intensive services from the autumn when frequencies will increase to 22 trains per hour in the peak between Paddington and Whitechapel.

Work is continuing at Bond Street Elizabeth Line station, which will not open with the other stations on May 24. TfL says the station should open later this year.

Passengers will be able to plan their journeys on the Elizabeth Line using the TfL Go app and Journey Planner ahead of the railway opening.

“I am delighted that we can now announce a date for the opening of the Elizabeth Line in May,” says TfL commissioner, Mr Andy Byford. “We are using these final few weeks to continue to build up reliability on the railway and get the Elizabeth Line ready to welcome customers. The opening day is set to be a truly historic moment for the capital and Britain, and we look forward to showcasing a simply stunning addition to our network.”

Changes will be made to 14 bus routes to improve links to Elizabeth Line stations in east and south-east London, where many passengers will use buses to get to and from stations.

For in-depth data on infrastructure projects in Britain, subscribe to IRJ Pro.

An interview with London Underground managing director Mr Andy Lord was published in the January edition of IRJ.