SINGAPORE’s Land Transport Authority (LTA) has signed a contract with Alstom for the supply of communications-based train control (CBTC), which will support driverless operation on the 4km stage six and final extension of the Circle Line. 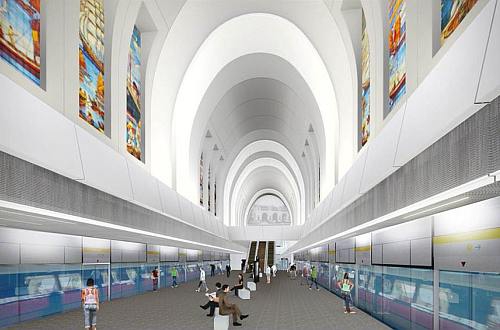 Artist's impression of the planned Cantonment station on the Circle Line, which is designed to reflect the architecture of the adjacent Tanjong Pagar Railway Station.
Photo Credit: LTA

The extension to the line is scheduled to open in 2025 and will take its total length to 39.5km. The project will effectively close the loop by connecting Harbour Front station with Marina Bay, adding three new stations at Keppel, Cantonment and Prince Edward. The line will improve connectivity from the west of the island to the central business district as well as new developments taking shape around Marina Bay.