INDIA’s Commissioner of Metro Railway Safety (CMRS) Mr Satish Kumar Pandey gave the go-ahead for commercial operation of the first metro line in Lucknow on August 14 following a successful safety inspection on the initial 8.4km section of the north-south line between Transport Nagar and Charbagh. 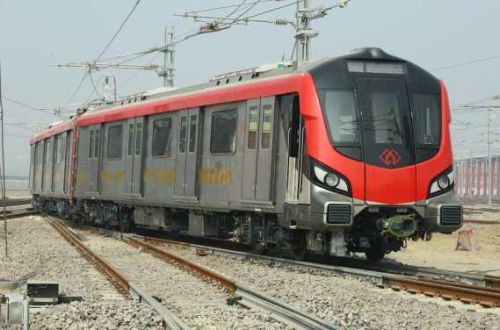 According to Lucknow Metro Rail Corporation (LMRC), the inspection involved test runs in both directions on the eight-station line, with the train reaching the maximum line speed of 80km/h.

No date has been given for the opening of the line, although LMRC managing director Mr Kumar Keshav says commercial operations can begin “at any convenient date.”

The Transport Nagar – Charbagh section is the first phase of the 22.9km line from Munshi Pulia to Chaudhary Charan Singh International Airport, which is forecast to carry 645,000 passengers per day by 2020.

Services will be operated by a fleet of 20 four-car Alstom Metropolis trains. Alstom has also supplied its Urbalis CBTC technology for the project, which will enable operation at 100-second headways.