LYON transport authority Sytral celebrated the completion of the second metro tunnel under the river Rhône on December 11 with the inauguration of the southern extension of Line B from Stade de Gerland to Oullins mainline station in the district of La Saulaie. 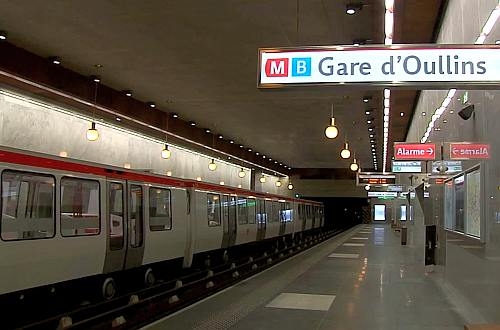 The 1.8km one-station extension includes a 300km section of single-bore double-track tunnel beneath the river.

Sytral expects around 20,000 passengers per day to use the €222m extension, which will reduce the journey time between Oullins and Part-Dieu station in the city centre to 15 minutes.

The extension will initially operate in ATO mode, although Line B is due to be converted to driverless operation in 2015.

Studies are underway on a further 1km extension from Oullins to Lyon South Hospital.