SYTRAL, which is responsible for the four-line metro in Lyon, has awarded a €140m contract to Alstom for 30 two-car rubber-tyred trains with an option for another 18 trains. 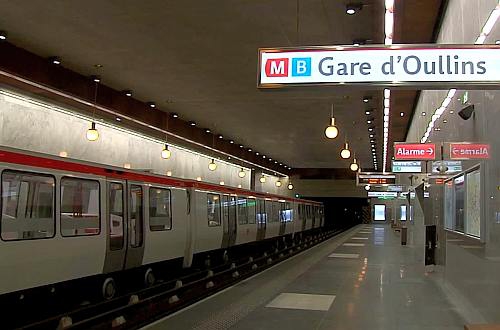 The first four trains are due to enter service in 2019 on Line B. The order is part of Sytral’s Future Metro 2020 project which is designed to increase capacity on lines A, B and D to cope with increasing ridership which is forecast to increase by 30% over the next few years.

Each train will be 36m long and will accommodate 325 passengers at 4 passengers/m2. They will have an entirely electrical braking system, LED lighting and other innovations which Alstom says will enable them to consume 25% less energy than the trains they will replace.

Lyon is currently extending Line B by 2.3km from Oullins station to Lyon’s South Hospital at a cost of €394m. The extension is due to open in 2023. Sytral also intends to automate Line B.

On October 7 the Sytral board awarded Keolis a contract to continue running the city’s metro, tram and bus networks until 2023.