THE Community of Madrid, Spain, has announced plans to radically extend the city’s 8.5km metro Line 11 to become a 33.5km northeast-southwest transport axis, known as the Diagonal Line. 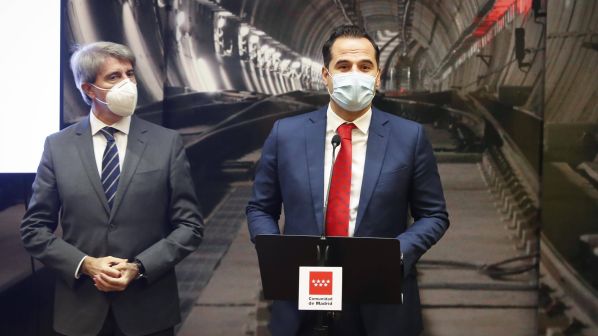 The existing line, which runs between Plaza Eliptica and La Fortuna and currently serves seven stations, originally opened in November 1998.

Under the plans, the line will be extended by 20km to serve a total of 20 stations, including seven interchanges with other metro lines as well as with the C1 and C5 commuter lines at Atocha station, and Madrid-Barajas Airport.

The completed Diagonal Line will link Valdebebas in the north and Cuatro Vientos in the south, connecting all metro lines except Line 12.

The plans will integrate existing extensions planned for Line 11 and will be carried out in three phases.

The 7.2km northern section will link Mar de Cristal, via Ciudad de la Justicia and Terminal 4 of Madrid-Barajas, to a new station north of Valdebebas. This section will connect new developments in the northeast of the city with key infrastructure, and will replace previous plans for a branch from Line 8.

The Diagonal Line project is intended to improve connectivity across the metro network and provide new, direct routes from outlying neighbourhoods to the city centre. It is hoped that the improvements will encourage a modal shift away from private road vehicles, reducing pollution and congestion in the city. The line is also intended to reduce congestion on Line 1, currently the only metro route to Atocha station, Line 8, the metro’s only airport connection, and Line 6.

The city plans to seek financial support for the project from the European Union’s €672.5bn Mechanism for Recovery and Resilience fund, which aims to support an economic recovery following the coronavirus pandemic, and to promote a shift to a more ecologically friendly and digitised economy.