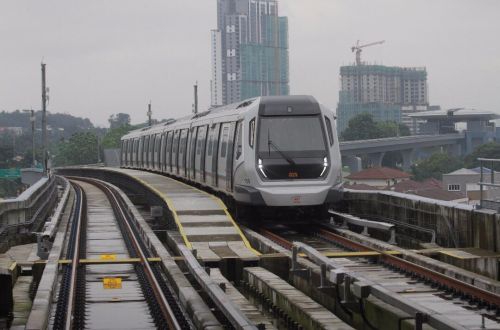 The extension of the line from Semantan to Kajang adds 19 stations to the line, taking the total number of stations to 31.

During the opening ceremony Najib reiterated the government’s support for the expansion of the urban rail network in Kuala Lumpur. “The government will continue to place emphasis on developing more public transport projects under Projek Infra Rakyat,” he says. “I am told that the feasibility study for MRT3 [Circle Line] has been completed and the views of authorities and stakeholders are currently being sought. The study will be tabled at the National Economic Council in September.

“As with the first two lines, I am very keen to see MRT3 built. The government will do all it can, including ensuring funding, in order to develop this line as soon as possible.”