METROPOLITAN Atlanta Rapid Transit Authority (Marta) has issued requests for information by August 30 for a fleet of new trains and for the life-extension of two-thirds of its existing fleet. 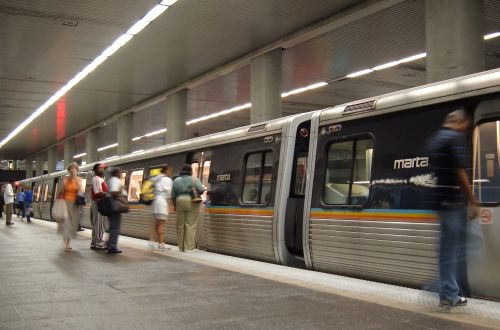 Marta requires 250 metro cars to be operated as six-car trains. The authority plans to issue a request for proposals in December with a deadline for responses of April 2017, and intends to award the contract in November 2017. Delivery of the fleet will begin in 2020 and run through to 2026.

Marta’s existing trains are formed of three married pairs and its workshops are designed for two-car sets with little capability to turn trains round. Nevertheless, Marta is willing to consider having trains formed of two triple sets and sets with wide open gangways between cars. However, the Green Line to Bankhead can only accept two-car trains due to the short platforms at Bankhead.

The Atlanta metro comprises a 77km four-line network which is electrified at 750V dc third rail. However, the new trains will need provision for a pantograph as future extensions to the network may be equipped with overhead electrification.

Marta wants the new fleet to be more reliable than existing trains with an improved internal layout. The Red and Gold lines serve Atlanta’s Hartsfield-Jackson Airport, so the trains must be designed to accommodate luggage.

The trains must be fully accessible to disabled passengers from end-to-end. Each car must have two mobility-aid berthing positions for wheelchairs, colour-coded priority seating, and an induction-loop system for hearing-impaired passengers.

Marta plans to invite bids later this year for a contract to extend the life of up to 216 cars of two types. Bids will be due by early 2017 to enable the contract to be awarded by June, and the work must be undertaken off-site and be completed by 2020.