THE government of the Australian state of Victoria has announced that final bids for the $A 6bn ($US 4.5bn) Melbourne Metro tunnel and stations public private partnership (PPP) have been received and are being assessed by the Melbourne Metro Rail Authority (MMRA). 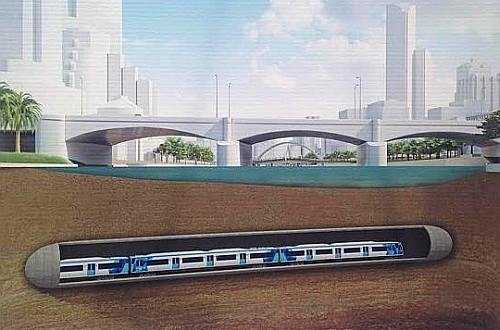 Three consortia have been shortlisted:

At the same time, early works on the total $A 10.9bn Metro Rail project have received formal planning approval, and will progress over the coming months.

Work will ramp up at City Square to build another underground station, which will have a direct connection to Flinders Street Station, the City Loop and the rest of the suburban train network.

A contract for the PPP is expected to be awarded by the end of the year, in time for construction on the tunnels and stations package to begin in 2018. More information can be found at metrotunnel.vic.gov.au

For data on metro projects around the globe, subscribe to IRJ Pro.