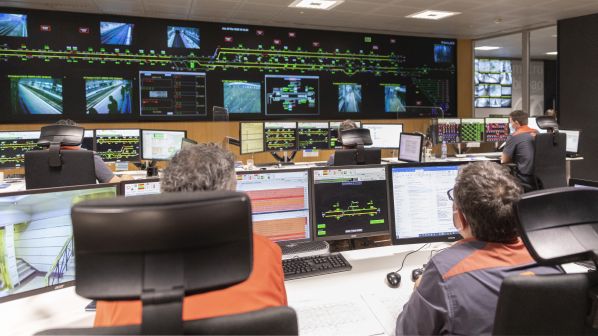 METRO Bilbao has announced the results of a range of energy efficiency projects that have been implemented in recent years.

An efficient operations project, which optimises the speed of trains through different driving modes, resulted in a 7% saving in traction energy consumption by 2021. The regulation module of the traffic control system operates the train in real time according to energy efficiency criteria, adjusting to the theoretical timetable and traffic conditions, while maintaining journey times and respecting comfort and operational requirements.

Metro Bilbao recovered 2095MWh in 2021 using regenerative braking to return it to the grid through reversible technology installed in some substations. Of this, 35.2% is reused within stations, while the other 64.8% is returned to the grid. Energy use was also reduced by 30,943MWh by exchanging energy between trains as they accelerate away from stations.

The metro also implemented a system to optimise the use of station equipment such as escalators, lifts, air conditioning and lighting depending on the number of passengers, with a significant reduction in the lighting level on platforms. During service hours, station lighting is increased by the presence of the train on the platform, while during non-service hours lighting is activated using pushbuttons. This has reduced the need for full lighting by 71.3%. A treadle start system and the installation of energy economisers has also reduced the energy used by escalators by 60%.

The network control centre, installed and maintained by Thales, minimises the systems infrastructure required for supervision, avoiding the need to install equipment in stations. Within the control centre, optimisation of the number of work stations enables 21 interlockings to be controlled by two staff members.

Energy control is carried out from a single work station for the two lines of the Bilbao Metro network, covering 12 traction substations, 46 transformer stations, 86km of catenary, 96 emergency fans, and 57 pumping installations.