Modi to inaugurate first phase of Kanpur Metro on December 28 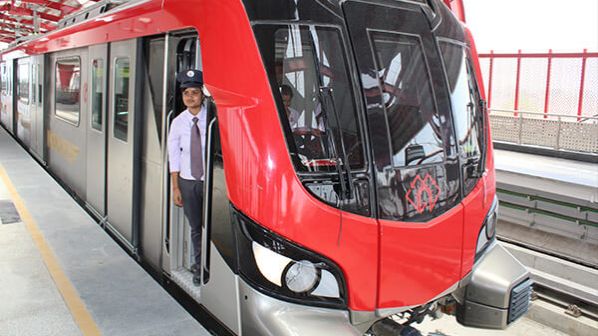 INDIAN prime minister, Mr Narendra Modi, is due to inaugurate commercial services on the first section of phase one of the Kanpur Metro on December 28, one of a number of urban rail projects making progress in Uttar Pradesh, India’s most populous state.

The 9km section will connect the Indian Institute of Technology with Motijheel, with the full 29km, Rs 110.8bn ($US 1.46bn) project due to be completed in 2024.

A 6km priority section of the Agra metro - with three elevated and three underground stations - is scheduled to be completed next year, while India’s Public Investment Board has also cleared an Rs 22.7bn proposal to operate a 15.4km light metro project in Gorakhpur in the state’s east, while two metro lines are scheduled to become operational in Meerut in 2022. The National Capital Region Transport Corporation (NCRTC), which is constructing the metro lines in Meerut, will also take delivery of Alstom rail cars that are being manufactured at the company’s facility at Savli in Gujarat.

Alstom has delivered four of the 39 three-car trains it is supplying to Kanpur under an Rs 21.5bn contract with another nine due by March 2022. The trains will operate with ATO over CBTC, with a design speed of 90km/h and an operational speed of 80km/h. The line is equipped with third rail dc electrification.

Construction work on the priority section of the Kanpur metro began on November 15 2019. Uttar Pradesh Metro Rail Corporation (UPMRC) says it has received clearance from the commissioner for Metro Rail Safety and trial runs have been successfully completed. The line is anticipated to attract a daily ridership of 67,500 passengers.