IRJ at UITP Global Summit 2017: CDPQ Infra's ambitious plans to develop Metropolitan Electric Network (REM), a new 67km double-track automated light metro in Montreal, remain on schedule in spite of some alterations to the project which have increased overall costs to $C 6.04bn ($US 4.4bn). 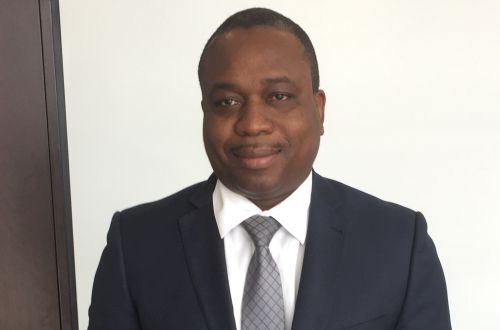 Speaking to IRJ in Montreal, Mr Macky Tall, CDPQ Infra president and CEO, said that following extensive consultation with transport operators in Montreal and elsewhere, and with around 3000 members of the general public, it was decided to improve the integration between REM project and Montreal's existing metro network. As a result, three new stations have been added to the preliminary design at Edouard-Montpetit, McGill, and Bonaventure Gare Centrale.

“We have an open mind to the continual improvement of the project where we can so ultimately we can get a better system that meets the needs of future users, and the activities of other transport authorities,” Tall said.

Tall emphasised that adding the new stations is by no means a no-brainier because of the technical challenges of integrating with the existing metro lines, particularly at McGill station which is situated 70m below the surface of Mount Royal. In addition, Peel Basin station is now expected to be located below the St Lawrence River. Tall said that the changes are expected to add $C 400m to the overall cost of the project, and he said it will be up to the contract bidders to decide how best to work this into the project.

Work is divided into two separate packages for engineering, procurement and construction (EPC), and rolling stock, systems, operation and maintenance (RSSOM). Prequalification was finalised in November 2016, and the confirmed bidders are:

Tall says tendering is set to commence in August. “The goal then is to award the contract and for construction to start this fall,” he said. “We aim to complete the first phase of the project in 2020.”

Tall describes CDPQ’s model for REM as a public-public project. CDPQ Infra is investing $C 2.67bn, with the government of Quebec committing $C 1.28bn (24%), while discussions are “progressing well” with the federal government over a $C 1.28bn contribution.

Tall says that a public pension putting up more than 50% of the cost of a new infrastructure project is unprecedented and he admits that it has attracted a lot of attention from other potential projects. While certainly interested, he says that for now at least, CDPQ Infra’s focus remains on Montreal.

“We are 150% focused on Montreal and delivering the best system possible,” Tall said. “But once we are done, we are interested in expanding the CDPQ Infra model. It is a good concept and an effective way of delivering more infrastructure investment. We would initially look at North America but are open to going further.”

To learn more about metro projects around the world, subscribe to IRJ Pro.